We are thrilled to welcome you to Duke Kunshan University! International Students Services (ISS) facilitates intercultural and international education and aims to foster a global campus community through comprehensive visa advisement, compliance and risk management guidance, programming, and advocacy at all levels for our international students’ community.

We are excited to share that ISS has prepared a unique experience for you that includes the Pre-Orientation Info Session series and virtual interactive programs to prepare your exciting college journey to DKU, Kunshan and China!

Please see attached Info Session series poster for more detailed information. During the summer, feel free take a virtual campus tour and getting ready for Fun in Kunshan, visit ISS Website and Pre-Arrival and Orientation (see links at the end) for study and life at DKU.

Eating and Drinking in China

Colors are important to Chinese culture as they are endowed with lucky meanings. The three main lucky colors considered lucky in people’s daily lives as well as on special occasions are red, yellow, and green.

Red is the most popular color in China. It represents fire. It is also the national color representing good luck, happiness, beauty, vitality, success, and good fortune.

Red is widely used during festivals and important events. Double rows of red “Xi” (happiness) letters are pasted on gates and doors of businesses and residences. People wear red during weddings, festivals, and other celebratory events. Red envelopes filled with money and given as gifts during the Chinese New Year!

(II) Yellow — Royalty and Power of the Throne

Yellow symbolizes royalty and is reserved for the emperor. The first Emperor of China was known as the Yellow Emperor. China was often referred to as ‘Yellow Earth’, and its mother river is the Yellow River. This is the most important color from an ancient perspective.

During the Song Dynasty (960-1279), yellow glazed tiles were used to build imperial palaces. During Ming (1368-1644) and Qing (1636-1911) Dynasties, emperors were dressed in yellow imperial robes. They rode in “yellow palace” carriages and traveled on “yellow paths”. Official flags were yellow.

Official seals were packaged in yellow fabric. Overlooking the Forbidden City from Beijing Jing Mountain, one can see a sea of yellow glazed tile roofs. Gilded copper urns and animals adorn many palaces.

In Chinese Buddhism, yellow is associated with freedom from material needs and monks wear yellow robes.

Buildings, banks, and restaurants are often painted in green. Packaging for milk or produce is often in green to indicate that the product is contamination free.

What Is the Chinese Zodiac?

The Chinese Zodiac or “shengxiao” (born resembling), is a repeating cycle of 12 years, with each year being represented by an animal and its attributes. The order for the 12 horoscope animals are: Rat, Ox, Tiger, Rabbit, Dragon, Snake, Horse, Goat, Monkey, Rooster, Dog, Pig.

China’s national heritage is rich and filled with natural wonders and historic sites, as well as festivals and ethnic songs included.

China has several traditional festivals that are celebrated all over the country and at DKU too! The most important is Chinese New Year, then Mid-Autumn Festival. There are also many ethnic festivals among China’s 55 ethnic minorities! From Tibet to Manchuria to China’s tropical south, different tribes celebrate their new year, harvest, and other things, in various ways. 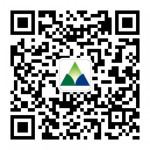